Photography by Angie Radczenko. Fun by all.

Dr. Christopher Labos, cardiologist and co-host of the new podcast The Body of Evidence.

He has no patience for baloney, it’s Andrew Cody!

Some sweet treats for the audience

Jonathan Jarry and Dr. Christopher Labos reenact episode one of The Body of Evidence: Medicine that tastes funny.

Guy Renaud painfully admits to having purchased Oil of Oregano

He does not want fries with that, it’s Brad MacDonald! 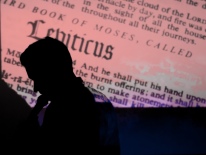 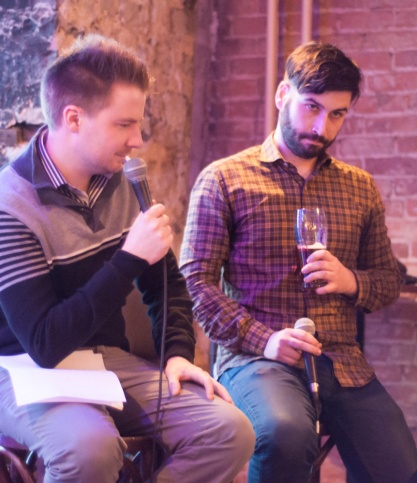 He did not give his name to the mixture of cola, lime, and rum called the Cuba Libre, it’s Kuba Kierlanczyk!

Is JP taking a peak at Jonathan’s cards?

A wrapped copy of The Cure for Everything by Timothy Caulfield 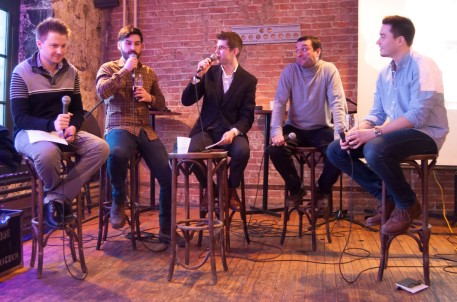 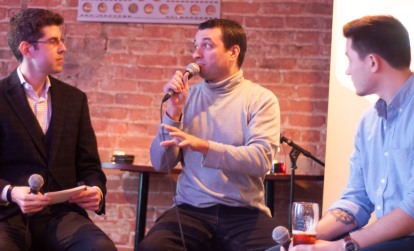 Andrew Cody has a new… boyfriend?

Brad says something funny. That’s what he’s getting paid to do!

That banana needs to be on a sex offender registry 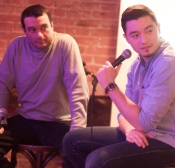 JP the Apostate and Kuba Kierlanczyk 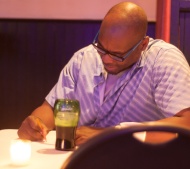 Guy Renaud uses his accountant skills to tally the scores

Not a scene from C.S.I.: Montreal, but Andrew Cody walking in front of The Body of Evidence logo